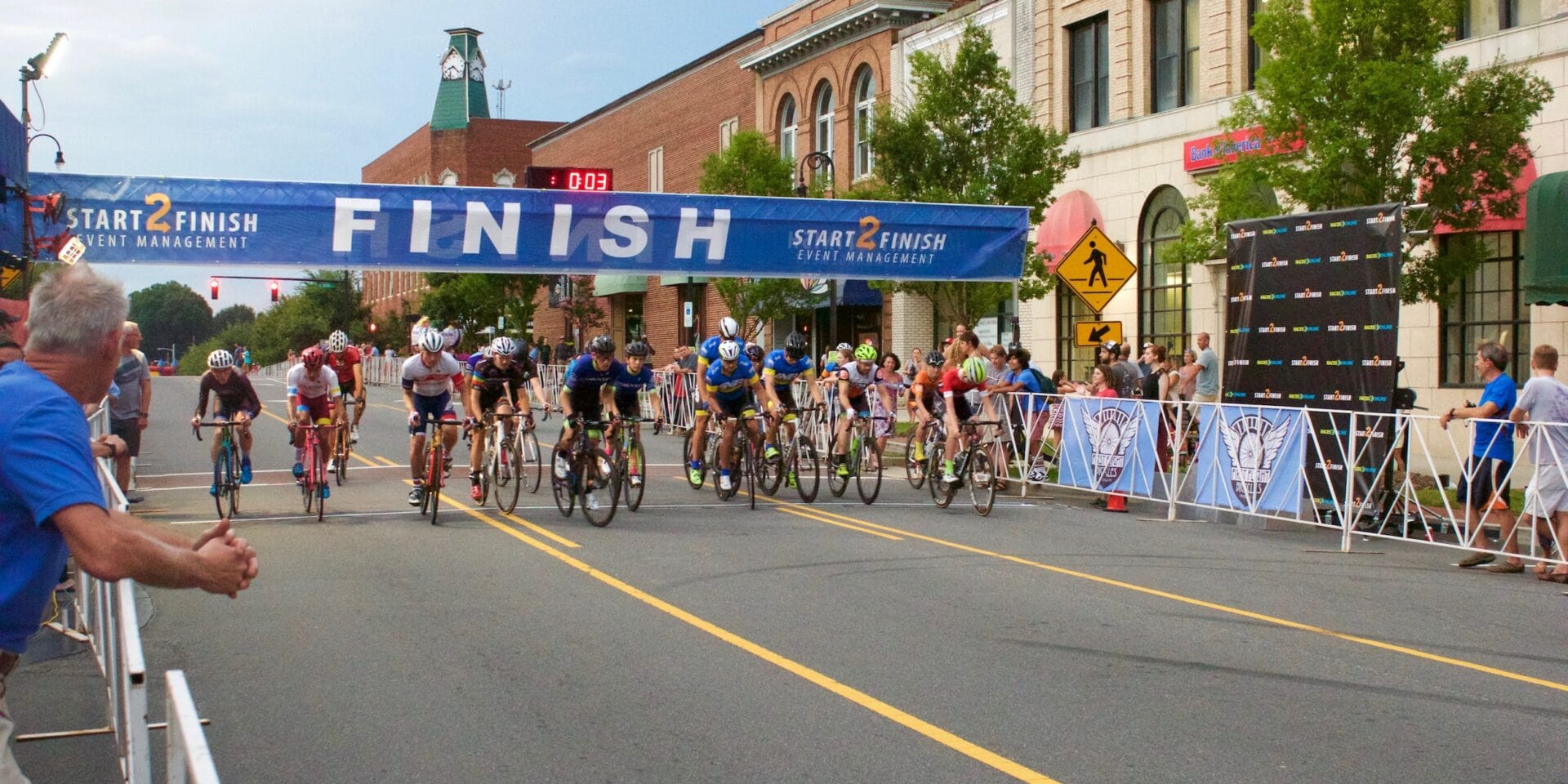 Of all the things I thought I would find myself doing on a random Saturday night in August, attending the Littleton Criterium race never even came close to making the list. Partly because I do not consider myself a bicycle enthusiast (or even bicycle-curious) and partly because I’d never hear of such a specific kind of bike race, like, ever.

To be fair, earlier that day, I learned that there are professional leagues for both cornhole and air hockey, so this completed a trifecta of discovering obscure professional sports for the day. Maybe even the entire month.

My friend’s husband works for our fair city and is a bicycle enthusiast to boot. He was working the race and my friend invited me to join her at the finish line. The look on my face must have said everything because she quickly interjected, “It’s fun, I promise!”

Things to know about a criterium race

First, what the heck is it? For you logophiles out there, it’s defined as “a bicycle race of a specified number of laps on a closed course over public roads closed to normal traffic.” The key elements there are that this race is a loop that takes place on normal city streets. Bicycle Colorado equated it to “NASCAR, but on bikes.”

Had my friend used that analogy, I likely would have stayed home.

Second, how does it work? The race lasts approximately 60 minutes, with the number of laps determined by average pace of the group after the first few laps. The race is run in teams, where team placement is based on the first member of the team to cross the finish line. So it only matters that your fastest team member crosses first. And, as a member of the team starts to tire, they will fall back to rest and the rest of team will pull forward. They ride in little packs. It’s fascinating.

This is everything I learned from an over-enthusiastic dad while sipping on a can of wine while teetering on a bleacher at the finish line. If you want to know more about this stuff, USA Cycling has answers.

Turns out, bike races are fun

Despite my reluctance to go because I’d spent an entire day at TEDx, then got stuck on the light rail for two hours (because people do not understand general safety guidelines when it comes to trains, apparently), I showed up. And so did the rain.

Just as I parked my car, the sky opened up and dumped, so naturally, I assumed that the final race would be canceled. You know, that safety thing and all. Apparently, criterium riders and postal workers take the same oath. Rain or shine, the race must go on. The rain stopped before the race began, but these hard-core cyclists (who were already racing at night) were not deterred by the change in surface conditions.

The riders sped off, and every few minutes, they would whiz by for a few seconds and then be gone again. In between laps, my friend and I chatted with neighbors and tried to learn the rules of the race. I mostly concentrated on not slipping and falling off of the rickety bleacher step I was perched on, but all in all, I had a good time. We cheered with every lap, especially to anyone who ate shit on the first turn (that was a popular fall spot) and got back up and was still in it.

I honestly have no idea who won. I think it was a team from LA. I just discovered the sport that afternoon, I had zero time to get invested in favorites. I have no profound takeaway from this story, other than it’s worth trying new things because they just might surprise you.